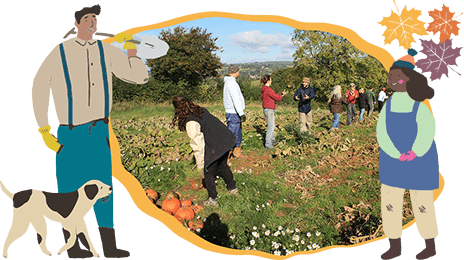 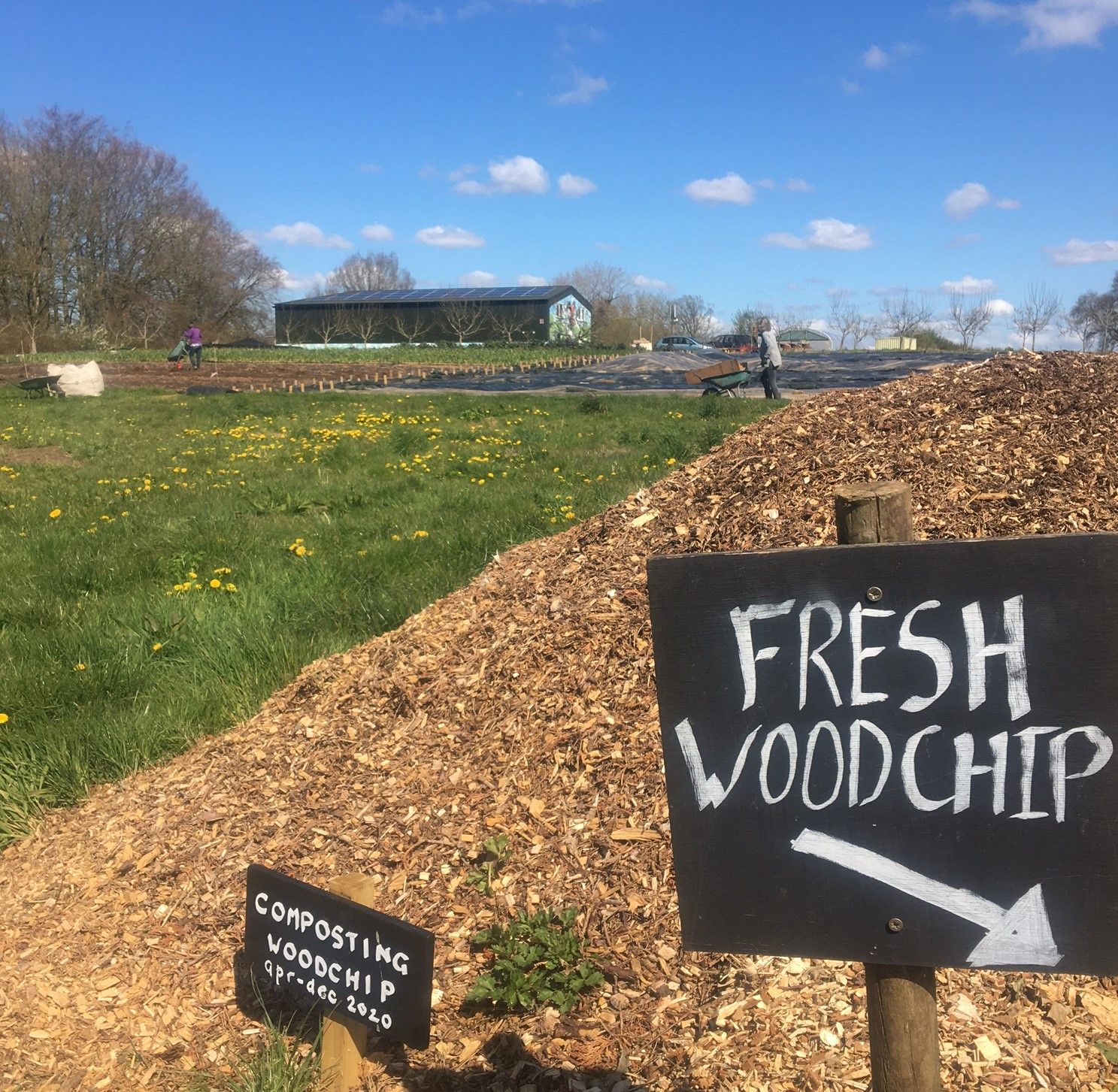 I am sure many of us have been feeling positive this week; a feeling of freedom in sight as restrictions ease and we can see family again, Spring clearly in the air. I too have been feeling incredibly positive, but I put much of it down to a great day on The Farm last Saturday.
Our Management Committee are a group of volunteers who give their time to be part of and support The Farm. This year, they have not had many opportunities to be at The Farm – stuck in the world of online meetings, hearing only stories from myself.

So, last Saturday, a mini task force of myself, some Management Committee members and their families joined Will from our field team to help set up our third“no dig” area on the farm – “Douglas” (ha!).

Douglas is the land located between two of our polytunnels, Tom and Harry. It is where Dick once stood before he made a move, turned 90 degrees and became Eve (it's complicated!). I asked Will whether the polytunnels either side offered some shelter, perhaps a bit of a mini climate? “No, we seem to have actually put it in a bit of a wind tunnel” … ah.

The task for the day was simple; there was a huge mound of compost and a huge mound of woodchip which needed to be put onto the no dig area. Douglas was already divided by lengths of string into alternating vegetable beds and narrower footpaths. We had to lay the compost on the beds (without stepping a foot on them) and woodchip on the pathways. Simple. The method of setting up beds like this has been practiced by the field team a few times now having started with Market Garden 1 last year. A very slick method has been devised involving three roles; “fillers”, “trundlers” and “levelers” (people filling wheelbarrows, wheeling wheelbarrows to tip the compost or woodchip in place and leveling the piles afterwards respectively).

After our introduction from Will, off we trundled – round and round in a one-way loop gradually filling the beds. It was freezing at first – hats and gloves on. The four children were wondering why on earth they were here with these strangers on a Saturday morning. Then we got started. Filling, trundling, leveling. Repeat.

The children realized they could, and were expected, to be fully involved; get their hands in the compost, manage wheelbarrows loaded with compost.
It is always hard to explain what happens next on days like these – I’ve seen it at every Community Farmer Day. A gradual warming up of the day, to each other and to the task. Confidence growing in children and adults alike. Last Saturday was the first day Mas of our Management Committee had used a wheelbarrow! (her hands are normally creating wonders in the kitchen or at her Japanese food workshops!) Everyone finds their part of the task, whatever they are good at – heavy loader, delicate handler, conversation starter or Wormhunter.

And so, the day went on, neat beds being expertly laid, whilst the children discovered not only could they help, but they could also get wheelbarrow rides and climb the compost mountain – living the dream! I think our Wormhunter, 3-year-old Jake, must have found about 300 worms by the end of the day (all carefully put back into the beds to work their magic of course – we checked his pockets).

The task all complete and time to go home, young children were consoled with wheelbarrow rides, the possibility of seeing a tractor in the shed and then the pièce de resistance of a propagation tunnel brimming with baby plants.

At our Management Committee meeting on Thursday (back in our little online world) those who were there were still beaming. Maddie, our Secretary, said the children’s bath water that evening had looked like liquid mud (much to their delight), and was The Farm missing 4 wellies worth of woodchip by the way?
Standing outside the propagation tunnel in the afternoon sun last Saturday, I realized we had not touched a single crop; we hadn’t sowed, planted or harvested. It had really been quite a simple task. And yet everyone was beaming, asking about when they could return to see the courgettes that were destined for Douglas. This, I thought, this is the future of food.
Here’s to a Summer of Community Farmer Days!
By Kim Brooks
Managing Director 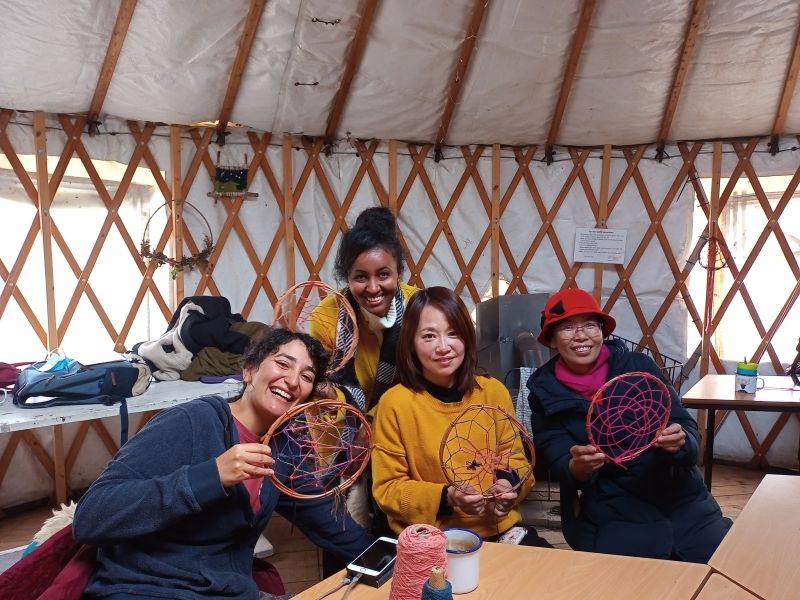 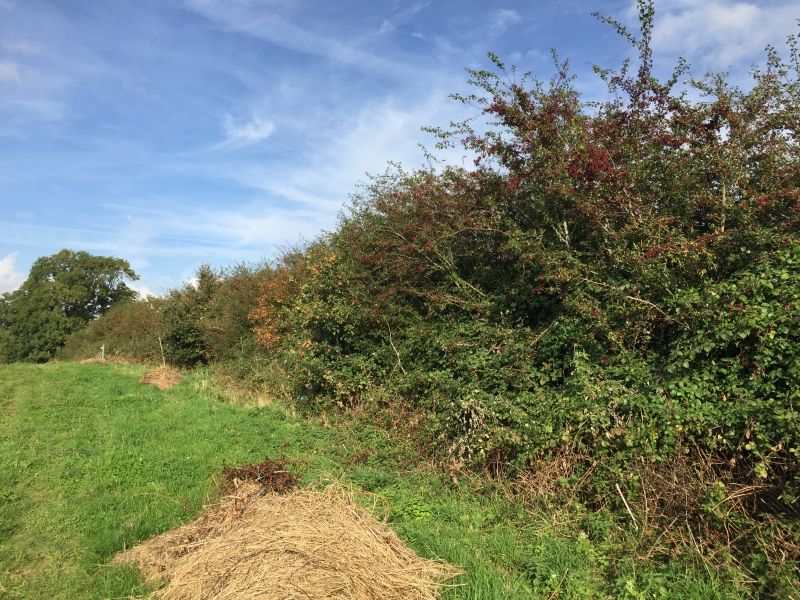